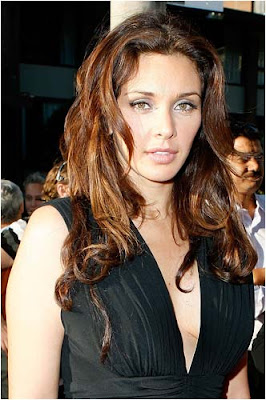 It is said that courage and fortitude can overcome all odds. This especially holds true for actress Lisa Ray, who went through a rough patch for the past few months when diagnosed with cancer. In the face of such adversity, people either give up or chose to fight back. Lisa chose the latter and has today emerged a winner!

The pretty actress was diagnosed with Multiple Myeloma, a rare form of cancer on June 23, 2009. It’s an incurable cancer of the white blood cells known as plasma cells and had taken root in her bone marrow. She went through none of the expected notions of panic, despair or shock. Instead, she was optimistic from the word go and met it head on. She began the first batch of treatments on July 2, 2009, mere weeks after the discovery. It takes a lot of resilience to face such trying times. She battled with medication, steroids, treatments like Velcade and Revlimid, and the continuous hunger that went with the condition. Chemotherapy caused her to lose her lustrous locks but she remained unfazed, even when her bald pictures were circulated in the media.

All those efforts today now paid off. Lisa is now cured of the last traces of the disease. The Canadian-born 38-year old has said on her blog that the experience has inspired and humbled her. The optimistic stunner is now set for a new phase of life. Lisa, who has appeared in films like Kasoor and Water, will soon be seen in Cooking With Stella. She is also working on UniGlobe Entertainment's cancer docu-drama titled 1 a Minute featuring cancer survivors like Olivia Newton-John, Diahann Carroll, Melissa Etheridge and Mumtaz. The spunky lady wants to spread awareness about the lesser known form of cancer.
DEVI AT 5:34 PM